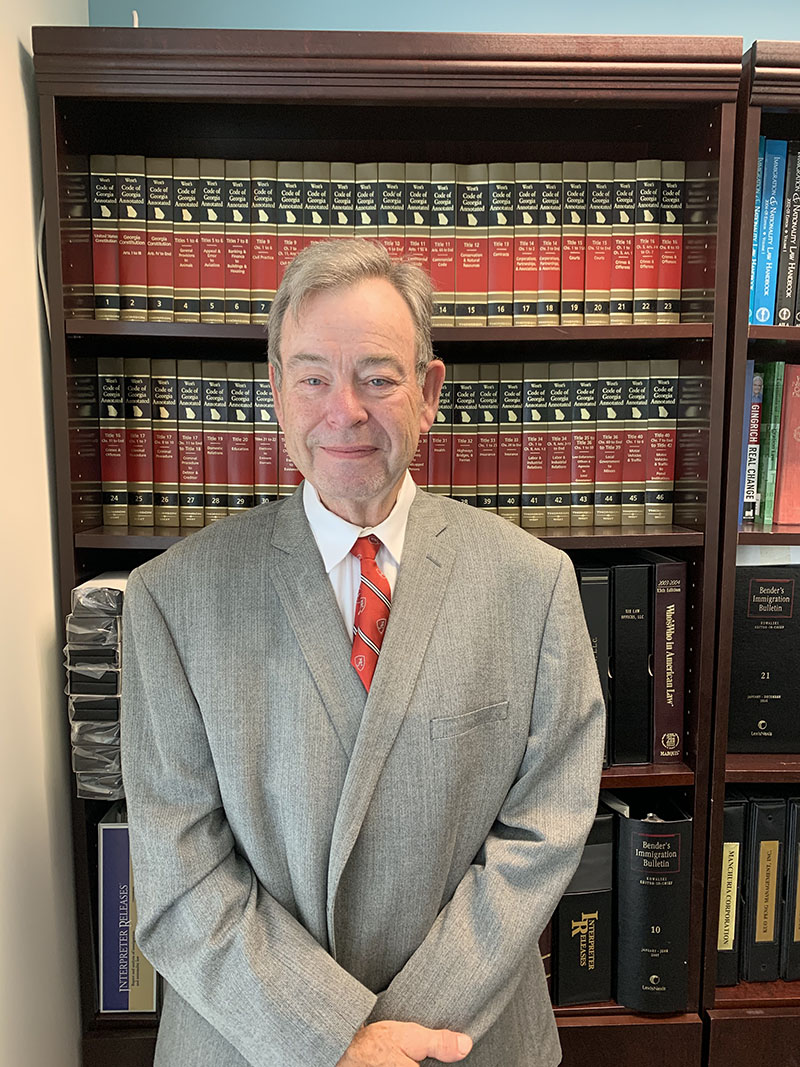 Tim is a member in good standing of the State Bar of Georgia, and the Louisiana State Bar eligible to practice before all local and appellate courts of both States. At the federal level Tim is admitted to practice before The U.S. Supreme Court, U.S. Courts of Appeals-Fifth Circuit, and Eleventh Circuit; United States Court of Claims; United States District Court-Georgia-Northern and Middle Districts, Louisiana- Eastern, Middle and Western Districts, Texas-Northern District; He has also been admitted Pro Hac Vice in Alabama. Arkansas, District of Columbia, Florida, Mississippi, North Carolina, South Carolina, Tennessee, and Texas.

Tim writes and frequently prepares topics for groups, at seminars and continuing legal education presentations in house and through larger industry associations as well as local bar associations and committees. He authored the chapter “Penal Sum Bond Limits” in The Law of Probate Bonds (ABA 2001) and prepared two chapters (bond liability for loan loss and losses before bonds issued) in the update of this book in 2014. He co-authored the Mock-Trial sessions on Probate litigation at the 2007-2009 “Hot Topics in Guardianship” for the State Bar of Georgia. He has spoken at meetings of the DeKalb County Bar association, the Gwinnett County Bar Association, and the Atlanta Bar Association–Fiduciary Law Committee. In the Southern Surety and Fidelity Claims Association from 1990-2019, Tim prepared papers and topics for publication and discussion at the annual conferences held in Atlanta, as well as conferences in Charleston, Nashville, New Orleans, and Tampa.

Tim received his law degree from The University of Alabama School of Law finishing in the top 25% of his class and receiving best examination awards in Civil Procedure. Torts, Real Property Securities, and Food & Drug Law. He competed and served as a member of the John A. Campbell Moot Court Board through which he was a teaching assistant and instructor in Legal Bibliography and appellate writing courses. He served as an editor on The University’s Law and Psychology Review. He was an officer of the Bench and Bar Legal Honor Society and an officer of the Phi Alpha Delta legal fraternity. Tim also served as an Honor Court Justice as a law student and co-chaired the orientation program for Alabama’s 1-L law students. Tim’s service as a student and leader in The University’s School of Law was recognized through his receipt of the Dean Thomas A. Christopher Leadership Award.

As an Alabama undergrad, Tim majored in Journalism — writing for The Tuscaloosa News and the Crimson and White. Tim was a two-time member of Alabama’s Avanti team, counseling incoming freshmen students during orientation. He was a member and officer of Chi Phi Fraternity’s Tau Chapter.

Born in Birmingham Alabama, Tim moved with mother and younger sister to West Georgia in 1968 after his father’s death. Tim has two sons (John and Davis) and a daughter (Claire).